My younger sister received cross-country skis for Christmas so I finally have a companion for some of my winter expeditions. With the abundant snow, we've made two forays in the past week: Sibley Park, just south of Bismarck, and, today, further north to Cross Ranch State Park -- both in cottonwood forests along the cold, dark Missouri River. 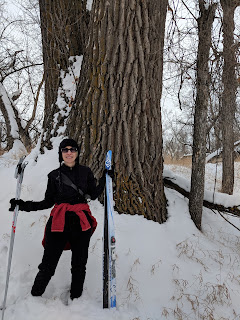 We had Cross Ranch almost to ourselves today, with just two rangers in the VC, and one person packing up at one of the yurts. We saw no one on the ski trails for the more than six miles we logged in the winter sunshine of the afternoon. 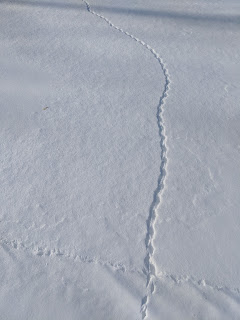 We both sort of putz along, stopping frequently to listen to woodpeckers drumming nearby, hoping for a bald eagle sighting (sadly, none).  A small flock of Canada geese flew over and we could hear the sound of shotguns slaughtering their kin north of us, beyond the boundary of the park. 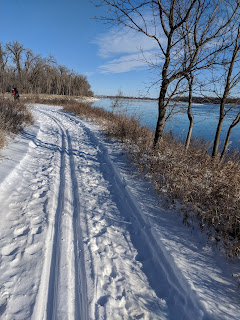 Watching the ice float by is rather mesmerizing. The river here is far more open than at Bismarck where it is almost iced over. 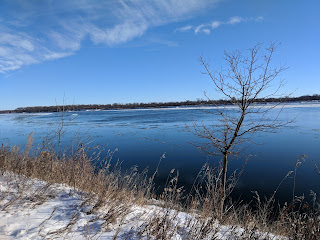 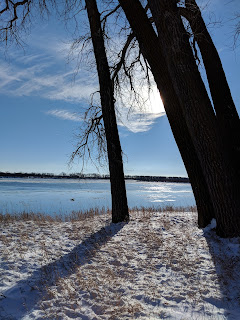 Cross Ranch State Park is one of North Dakota's natural jewels, and I've spent much time there over the years, including nights at the cabins and yurts. One year, Jim and Chelsea and I went there intending to winter camp, only to find so much snow had melted that we would be sleeping in a puddle hence we opted for a yurt. 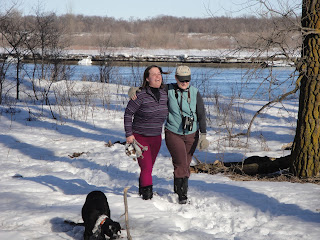 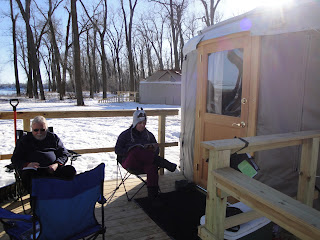 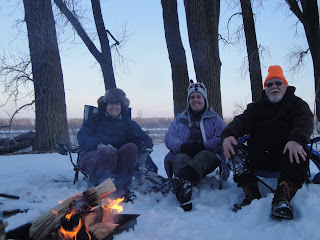 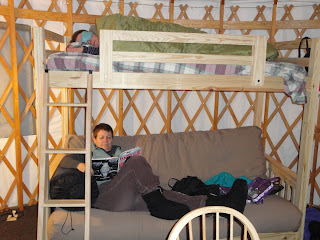 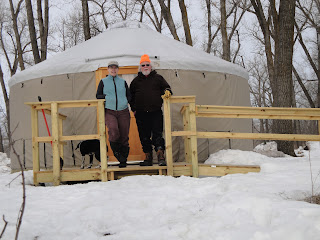 Another time we took a February picnic there with our friends Chris and Larry, with soup hot off our Coleman stove. We had to dig the table out of the snowbank. 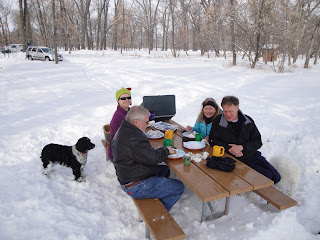 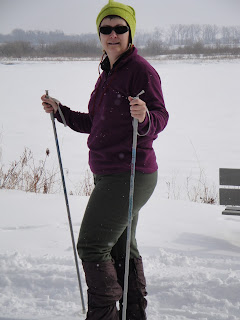 Beats the hell out of sitting around moaning about our long winters. Now I'm going to soak my weary bones in our hot tub and watch a glorious January sunset. 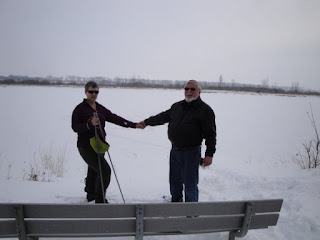 Posted by WildDakotaWoman at 2:25 PM