Speaking of Trails: The Yellowstone Surveying Expeditions of the late nineteenth century 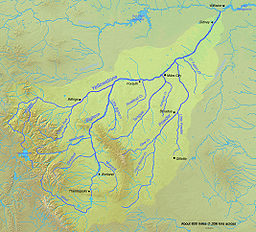 Yellowstone.  There aren't many more words in the American lexicon that conjure such powerful images of western history and geography.

The Yellowstone River courses through much of the giant state of Montana, and its confluence with the mighty Missouri River is in extreme northwestern North Dakota, near Forts Union and Buford.   I've visited both of these forts, on multiple occasions, and urge everyone to do so when in the area.


As one drives west through Montana, from Glendive onward, the highway follows the Yellowstone River and it is easy to allow thoughts to harken back to the earliest days of exploration, as well as the lifeways of the native inhabitants.  Not only does the river provide water for Montanans, it also is a mecca for camping and fishing.

Gentle reader, recall that trails have been much on my mind in these past months and today I want to write a few words about the Yellowstone Surveying Expeditions of the late nineteenth century.

One of the best articles that I read was in North Dakota History: Journal of the Northern Plains, vol. 70, no. 3, 2003 "Thomas L. Rosser and the Yellowstone Surveying Expedition of 1873" by M. John Lubetkin.  The article opens in Fort Rice, Dakota Territory, Friday, June 20, 1873.

Lubetkin writes "For the sixth time in three years the army was escorting a party of Northern Pacific Railroad (NP) surveyors into the Yellowstone valley. Because of Sioux hostility to the railroad, the U.S. Army's support was massive. The hard-drinking Col. David Sloane Stanley commanded the expedition, Lt. Col. George Armstrong Custer, the cavalry, and Thomas Lafayette Rosser, an unrepentant ex-Confederate major general, led the surveyors....The tensions between these three would soon break into open conflict." (page 2)

I learned from this article that the first expeditions in 1872 were considered failures, because the mapping was not completed due to conflict with the area Native Americans.  The first expedition left from Fort Ellis (near today's Bozeman).

Another very interesting article about the 1874 expedition is found in Vol. 8 of the Contributions to the Historical Society of Montana (pg. 105-126).  The author of this article proclaims that it is "one of the most interesting episodes of the history of Montana."  This article goes into great detail about the adventures and woes of the party.

The historical accounts are rich with this kind of detail because diaries such as this have been preserved in various archives, to not mention the copious information that is detailed in military records.  Much of Lubetkin's article is due to his access to the diary and letters of Thomas L. Rosser. 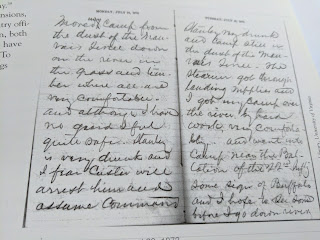 "[A] storm caught the surveyors some twelve miles west of present-day Glen Ullin, on the top of a gentle hill sloping west towards a stream later named Hailstone Creek, commemorating the incident that was about to happen. 'Suddenly,' a cavalryman wrote, 'about sunset the sky became overcast with thick heavy clouds which assumed a greenish hue and caused all surrounding objects to have a most ghastly appearance.' In minutes they were in the center of a hailstorm, later described in a letter written by Montgomery C. Meigs. As the storm became particularly violent, three bolts of lightning suddenly hit the ground nearby, and the men and animals were bombarded by chunks of ice at least the size of large marbles." Lubetkin, pg. 6.  Present day travelers can visit this place as it is the site of a modern rest area along Interstate 94.

David S. Stanley's Report on the Yellowstone Expedition of 1873 is reprinted in Personal Memoirs of General David S. Stanley (Gaithersburg, MD: Old Soldier Books, 1987) if you'd like to read more about this fascinating time period in US history.

Meanwhile, I look forward to my next drive along the Yellowstone River, with perhaps a visit (I've been there dozens of times) to Yellowstone National Park.  It is on our "list" to get the YNP in the winter. Someday we will. 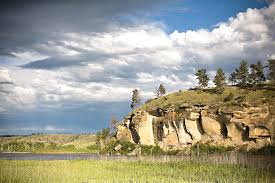 Posted by WildDakotaWoman at 11:43 AM