I know, I know. It has been many months since I've written Red Oak House Garden Notes. How many times can one write about an exceptional drought? How many times can one whine about the long dry winter? I've also been busy with rewrites of a manuscript Jim and I have devoted much of the past years crafting. That, and we spent quite some time purchasing and outfitting our first camper, a travel trailer, at long last (I've been lobbying for 15 years!), and, now that we are vaccinated, scheming our new adventures. First, we plan to re-explore North Dakota places before we take to the road further afield. Our inaugural camp was nearby Fort Abraham Lincoln State Park, close enough to home and my sister's and brother-in-law's "emergency camper service." We learned from our mistakes which were fortunately minor. 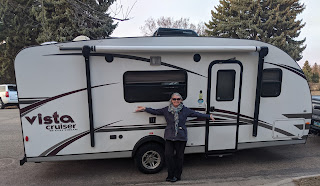 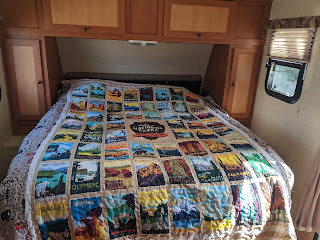 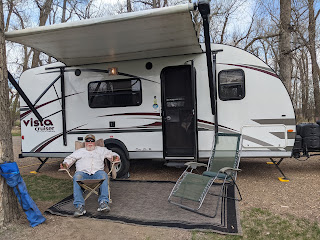 We finally had .20" of rain the night before last, and we've already had to run the sprinklers many times, braced for high water bills and thankful for the bountiful Missouri River.

We've been out working in the gardens for some weeks now and it can be discouraging to assess the number of dead perennials and shrubs due to the harsh conditions. We even have a blue spruce tree looking distressed. Last year's endless diet of city water is not ideal for plants. Yet gardeners are optimists so I purchased some new perennials and filled the patio pots with longed-for color. Following his customary practice, Jim started peppers and broccoli and heirloom tomatoes by seed in the basement--now he has planted forty tomatoes (yup, 40) and given away dozens. 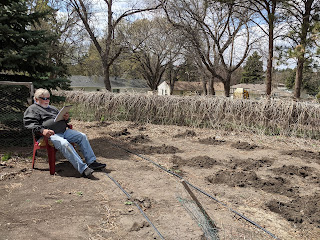 And I've been dividing and moving perennials, mostly hosta, filled with contentment and satisfaction in that chore. The Little Free Library we placed in April is the newest feature in the shade garden, and we've added a fountain and more birdbaths to the backyard--many critters are stopping by in the drought for sustenance. 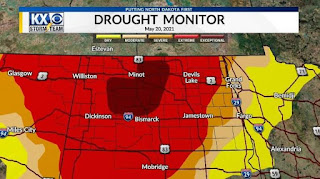 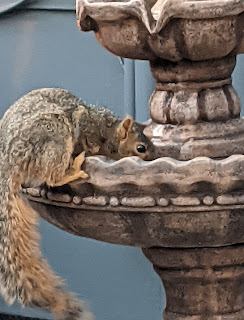 The leaves popped out on the Red Oak Tree this week and we are grateful it is healthy. After all, what would our home be without the Red Oak? 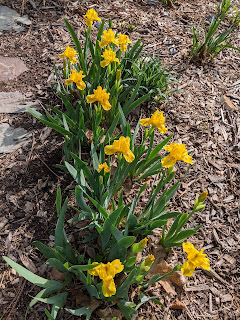 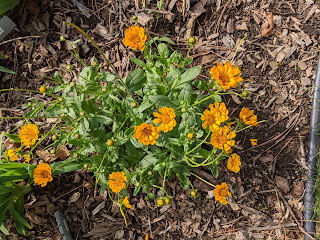 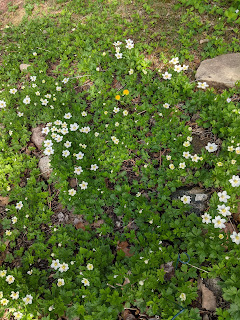 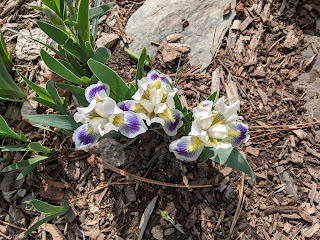 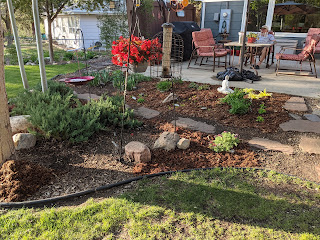 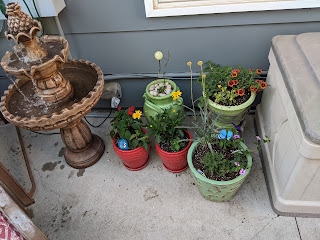 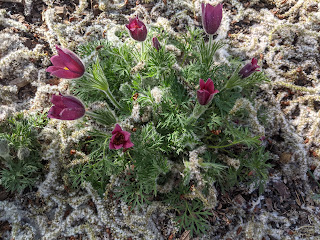 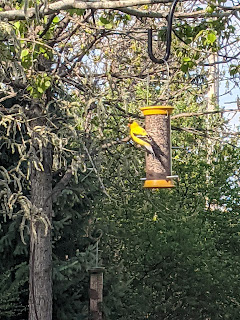 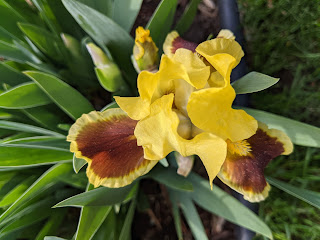 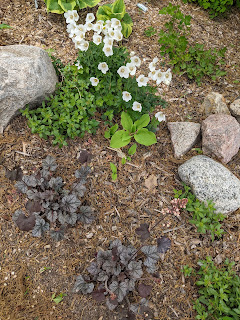 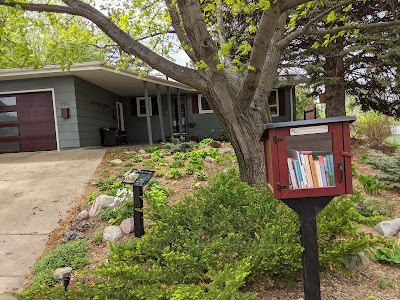 Posted by WildDakotaWoman at 11:36 AM No comments: