My Grief Journey: Epiphany, Again My Mother Comes to Me in a Dream

My Grief Journey: Epiphany, Again My Mother Comes to Me in a Dream

Hers as a young girl was.  When I was a little girl mine was thin and my older sister's hair was thick and curly, like our mother's, like our father's. My mother, who would spend a long time combing and braiding my older sister's hair, had a finite time to deal with hair, so my brothers were buzz cut shaved at home by my father, and mine was cut into the (then) popular Pixie. Which I more or less wore until the pandemic. Hair. Why do we spend so much time fussing about hair? Why? Why? Why? 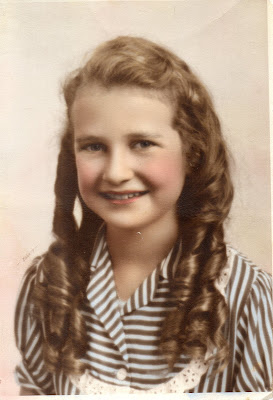 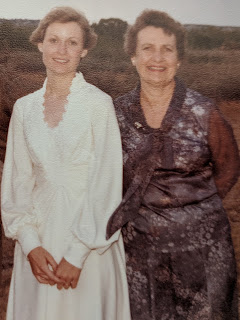 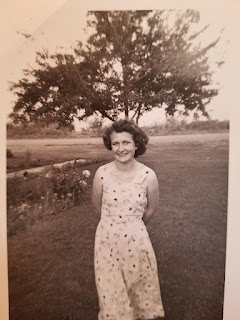 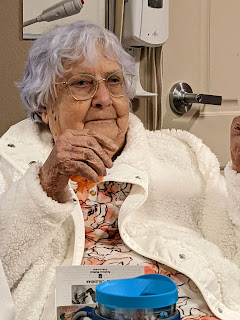 Of course, I don't know this for certain, but at a very young age, I grasped what the word Epiphany meant. I can only surmise it is because my mother explained it to me and I came to know it in the Lutheran teachings. Certainly I listened in church. In later years, I saw it in the context of an English major. But always, it was my mother's birthday. As it ever shall be.

The Journey of the Magi
T.S. Eliot

“A cold coming we had of it,
Just the worst time of the year
For a journey, and such a long journey:
The ways deep and the weather sharp,
The very dead of winter.”
And the camels galled, sore-footed, refractory,
Lying down in the melting snow.
There were times we regretted
The summer palaces on slopes, the terraces,
And the silken girls bringing sherbet.
Then the camel men cursing and grumbling
And running away, and wanting their liquor and women,
And the night-fires going out, and the lack of shelters,
And the cities hostile and the towns unfriendly
And the villages dirty and charging high prices:
A hard time we had of it.
At the end we preferred to travel all night,
Sleeping in snatches,
With the voices singing in our ears, saying
That this was all folly.

Then at dawn we came down to a temperate valley,
Wet, below the snow line, smelling of vegetation;
With a running stream and a water-mill beating the darkness,
And three trees on the low sky,
And an old white horse galloped away in the meadow.
Then we came to a tavern with vine-leaves over the lintel,
Six hands at an open door dicing for pieces of silver,
And feet kicking the empty wine-skins.
But there was no information, and so we continued
And arriving at evening, not a moment too soon
Finding the place; it was (you may say) satisfactory.

All this was a long time ago, I remember,
And I would do it again, but set down
This set down
This: were we led all that way for
Birth or Death? There was a birth, certainly,
We had evidence and no doubt. I had seen birth and death,
But had thought they were different; this Birth was
Hard and bitter agony for us, like Death, our death.
We returned to our places, these Kingdoms,
But no longer at ease here, in the old dispensation,
With an alien people clutching their gods.
I should be glad of another death.
Posted by WildDakotaWoman TM at 6:39 AM