By Lillian Crook and Jim Fuglie

(As many of you know, Jim and I have a fascination with a North Dakota poet named Paul Southworth Bliss and we are writing his biography. Here, on the 100th Anniversary of Armistice Day, is an accounting of his military service, from my research.) 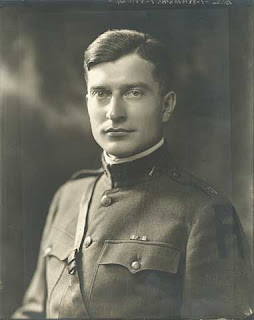 Joining the legions of Americans sent to France to join the trench warfare of World War I was a brilliant young Hamline and Harvard University graduate from St. Paul, Minnesota, Paul Southworth Bliss. In her memoir, his mother, Olive Irene, recounts a summer day of 1917. “One day Paul called me from the Minneapolis Journal to which he had transferred and asked me to lunch . . . He broke the news that he was going into the army. I had suspected that he would do this. It was no easy thing to be brave, but I was proud of him and believed it was right.” 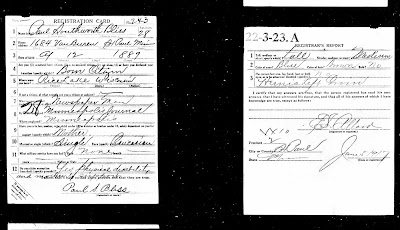 He was entered into the U.S. Army on August 27, 1917, training at Fort Snelling, Minn., commissioned as a captain of infantry on November 27, 1917. Just before Christmas, 1917, he reported to Camp Funston, commanded by Leonard Wood, attached to Company K, 355th Infantry, 89th Division. From Jan. 5 to April 15, 1918, he had special duty as the supervisor of academic instruction for Company 2 of the Officers’ Training Camp and was then transferred to the 164th Depot Brigade. In May, he was promoted to major.

Next, he was detailed to Small Arms Firing School at Camp Perry, Ohio and transferred to the 805th Pioneer Infantry on July 5th of 1918, where he was regimental adjutant. His mother traveled to Kansas to be with him and act as hostess at social gatherings. He spent a month at the School of Small Arms Firing at Camp Perry, Ohio, where he shot “marksman” and “first class pistol.”

Bliss sailed for France on September 2, 1918, with his regiment, landing in Liverpool on September 16, 1918. He was assigned to the 1st Battalion, 805th Pioneer Infantry. Their “engagement was Meuse-Argonne offensive.”  The 805th Pioneer Infantry was an all-African American infantry regiment, made up of soldiers from the state of Mississippi, with the nickname the “Bearcats,” after the regimental mascot, a white, wooly, scrappy dog that had wandered into Camp Funston. The officers of the regiment were white.

Bliss was appointed historian by Colonel C.B. Humphrey. “Colonel Humphrey had been assigned to the 805th Infantry by General Wood. The regiment awaited his coming with interest. He arrived July 23rd, tanned with three years in the tropic, a tall, powerfully-built officer, light on his feet as a cat, giving the impression of tremendous nervous energy. All he asked of his officers and men was—perfection . . . He asked that bricks be made—and somehow the straw was found.” 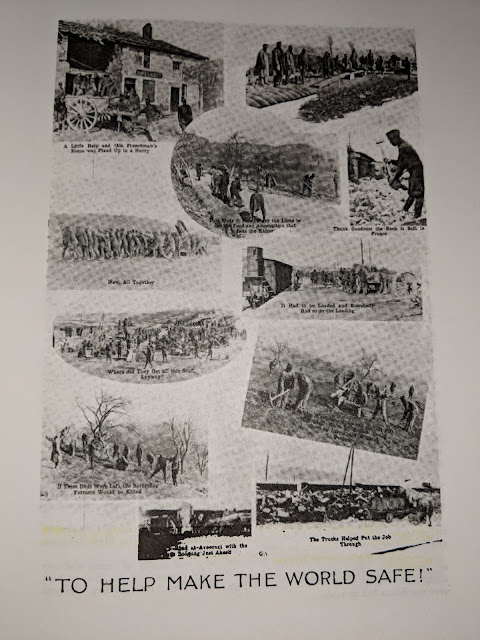 While serving in France, Bliss, like so many military personnel, kept meticulous records, and thus later published the history of the regiment, Victory: History of the 805th Pioneer Infantry, American Expeditionary Forces. The publication was funded by a $3 contribution from each member of the infantry who subscribed. This book is an excellent read for insights as to what life for a soldier in that time would have been like. 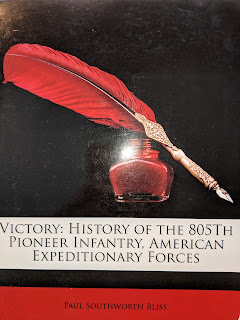 Later, in his book Spin Dance, in an essay entitled “Green Begins to Dominate,” dated Sunday, May 21, 1933, he wrote, “In France, a flower garden seemed, to members of the American Expeditionary Forces, a veritable heaven.”

The Bearcat Entertainers tried to keep their spirits light, and performed shows for various guests including many “visitors of high rank.” The regiment was described as “brimming with music” and Colonel Humphrey commanded Captain Bliss to “bring back a set of band instruments….”

Bliss brought these back by ‘grande vitesse’ (express).” There were also vaudeville shows to entertain the troops. No doubt, Paul Bliss, with his extensive dramatic background, fit right in.

Interestingly, the regimental history book gives very little detail about battles, but, rather, focuses on the work that was done to reconstruct roads, railroads, and such. This is explained by the fact that 89% of African-American soldiers were non-combatants. Twenty-six thousand Americans were killed in the Meuse-Argonne Offensive, the most in a battle in American history. After the Armistice, they returned aboard the U.S. Transport Zeppelin and Bliss was promoted to major on May 28th, 1919. (He was later promoted to colonel in the Army Reserves.)