Today's April blizzard gifts me with the time to sit down and write about my heart friend, Bart Koehler. Bart came to be my friend by the actions of my friend and colleague at Dickinson State University, Steve Robbins. Steve was a charter member of Badlands Conservation Alliance (BCA) and his brain is always problem-solving, generating bright ideas. BCA was in need of support to launch us to the next level.

Steve did some digging and discovered an organization whose mission was to support grassroots conservation groups such as BCA, the Wilderness Support Center (an affiliate of The Wilderness Society). So Steve and I sat down and composed an email to the Wilderness Support Center, a plea that they consider BCA as a worthy cause. A day or so later, I answered the phone and I was gobsmacked when Bart introduced himself. He made arrangements to fly into Dickinson and I cleared my calendar. The grin on Steve's face when I told him of this was huge.

Bart arrived on a very cold January day, in 2000, the beginning of a new millennium, slipping into western North Dakota between blizzards. He had told me to look for someone who looked a little like Yosemite Sam. This was my first glimpse at his dry and self-deprecating sense of humor. He crashed in the guest room in my Dickinson home and early the next morning we headed west to the Bad Lands, his first trip there, mindful that the days were short, and while we drove we became better acquainted. I learned that two of Bart's heroes were Mardy and Olaus Murie. You can read more about them here. Bart grew up in the Adirondacks and went to the University of Wyoming as an undergraduate, and then stayed in Wyoming to work for The Wilderness Society (TWS). This placed him in the paths of many luminaries of conservation history and he was witness to remarkable events. After his work took him elsewhere including for a conservation organization in Alaska, he returned to TWS to start up the Wilderness Support Center, recognizing the importance of working on the ground with the people in communities who had started organizations to protect their homelands. And now, his path had crossed with mine.

Another of Bart's heroes in Theodore Roosevelt, and that is a clue as to why BCA caught his attention. Thus it was my privilege to show him the Bad Lands that had such an important impact on Roosevelt. We drove north on the West River Road and it was immediately apparent to Bart that oil development had left a spider-work of roads everywhere. Travelers must take care to not take a wrong turn, especially when early winter darkness was soon to fall. I had made arrangements for us to spend the night at the Rough Riders Hotel. Randy of the TRMF staff met us there at the appointed time and explained we had the place to ourselves. As he departed, he locked the door behind him. Bart was especially thrilled to sleep in the very room Theodore Roosevelt had used when in Medora.

Bart discovered with a quick glance at my bookshelves that I had a deep admiration of the writer Terry Tempest Williams. He had been a friend of hers for many years and he promised that one day he would put us in touch with one another. It took some time but he kept that promise, and the action that Steve took brought Bart and his wife, Julie, and Terry into my life, friendships I treasure.

Once when Bart and Julie visited while I was living in Medora, my husband Jim hauled us south to Bullion Butte where we launched for a day's float on the Little Missouri Scenic River, Bart and Julie in our trusty yellow canoe and me in my kayak. The river was high and the day sunny and warm. It was glorious to show them the secrets of the river, glimpses only available to those who paddle. I have a very clear memory that day of the baby beaver who I unwittingly nearly trapped between my kayak and the riverbank, a magical close encounter that resulted in some terror for the little guy but ended well. We also had to navigate the new river channel that had been carved by the river, cutting off an oxbow, because of the big snowmelt that year.

Bart also kept his promise to support BCA and the organization thrived with that support in a thousand ways, even after the Wilderness Support Center ceased to exist. He has traveled to North Dakota many times and once made the arrangements for TR IV to visit the Bad Lands.

Most recently, he and Julie joined BCA for the 2018 Earth Day service project at Cottonwood Campground in TR National Park.


Bart often brings his guitar when he comes to North Dakota and we have two of his Coyote Angel Band's CDs on our shelves at Red Oak House. Wild Heart was recorded in Montana in 1997, with most of the songs written by Bart. The other CD is Coyotes Sing All Night. 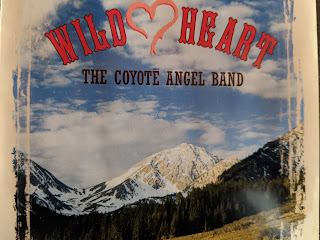 Bart's lovely wife, Julie, makes pottery, with the imprint Wild Heart. When Jim and I were married, they gave us a beautiful bowl she made as a wedding gift and we use it regularly, with a smile and a nod to wild places. They are now retired and their annual Wild Heart missive brings us news of the far-flung places they visit in their old pickup towing a small camper. 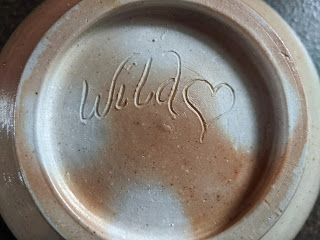 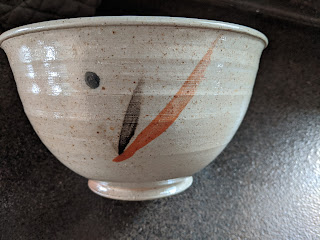 A deep bow to Bart and gratitude for the crossing of paths on the wild journey of life.


Coda: Todd Wilkinson writes about Bart in a 3-part series in Mountain Journal. Part 1 and Part 2 (delves deeper into his connection with the Muries & other stories of Bart's early career). Part 3 can be read here.
Posted by WildDakotaWoman at 12:22 PM