Autumn in the Missouri River watershed is a yellow time. Goldenrods, Maximilian and other sunflowers, curlycup gumweed, green ash, rubber rabbitbrush, and the plants of the willow family which includes aspen and the ubiquitous cottonwood -- which to me is emblematic of the Little Missouri and Missouri landscape.

The first hints of autumn yellow come from the late summer flowers.

Then, the day comes when the green ash trees turn amber. I savored these on the banks of the Little Missouri River while camping with my daughter at Cottonwood Campground in Theodore Roosevelt National Park and shot this video at sunset, which comes earlier each day now.
Back in the Little Missouri River valley two weeks later to spend time with my sisters and lead a Badlands Conservation Alliance hike to the Petrified Forest, now the ash trees were bare, but the cottonwoods were glorious, glowing yellow in the blue-sky fall days. Our Red Oak House cottonwood sapling lost its last leaf on September 29th, yet as I write this, I can look out my office window at my neighbor's full-sized cottonwoods resplendent in shades of saffron.

Ten years ago, a Missouri River flood hit central North Dakota hard and the native cottonwoods (Populus deltoides) stood for many weeks in water. Cottonwoods evolved in flood zones and most of the giant trees did not die, although some were weakened and many blew over in a wind storm later that summer because the ground was so saturated. Then, the autumn arrived and the leaves turned gray, rather than yellow -- a fungus we were told. And every year since. Where once the river valley was aglow in cottonwood yellow every September, now, only a few of the trees here and there would turn yellow, and most of the others shades of brown and gray before the leaves would fall. But now, we are in year two of a terrible drought and I've observed that all of the river valley here in Bismarck has been awash in lemony glory again. I can only conclude that the drought has killed the fungus. 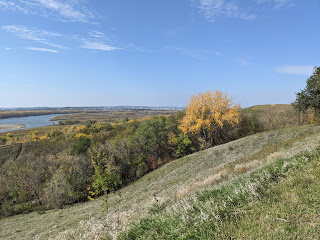 "One of the largest trees native to the northern Great Plains, cottonwood has been venerated and used throughout history. Fruits and leaves provided hours of imaginative play for Indian and pioneer children. Cottonwood was prized for ceremonial poles, and yellow dye was made from the leaves and gummy buds. Its many medicinal uses included tonic, tea, and salve. Seeds, buds and twigs are eaten by many wildlife species; and these prairie sentinels provide invaluable habitat for nesting birds." Common Plants of Theodore Roosevelt National Park.

My friend, Clay, has a wonderful new book out, The Language of Cottonwoods: Essays on the Future of North Dakota. "Part travelogue, part love song to the prairie, and above all, a vision for a cultural renaissance at the heart of the continent...." I read the manuscript in December and made some edits and suggestions, and then eagerly read the newly published book when it arrived at my Bismarck home this summer. In November, Clay will be the annual meeting speaker for Badlands Conservation Alliance when we gather in Bismarck and will be signing his book. You can read more about that event here. I hope you might join us.

Until then, I will be watching the turning of the season here in the Missouri River watershed, meditating on amber, saffron, lemon, gold, tawny, mustard, yellow. 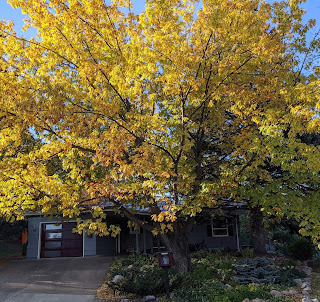 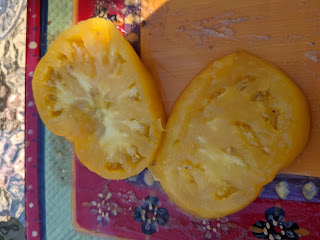 Posted by WildDakotaWoman TM at 1:37 PM