Autumn and the blessing of rain: Theodore Roosevelt National Park and Medora

Finally, it rained. A two-day soaker on Friday and Saturday.  We were in the Bad Lands for a four-day trip, an immersion in Theodore Roosevelt, where we attended the 12th annual TR Symposium at Dickinson State University.  Jim and I have attended a number of these (including the first), and this year's topic of TR the Naturalist was irresistible to us.  I'll recap my thoughts on the symposium on a later blog and today write about autumn in Theodore Roosevelt National Park and Medora.   Our trip dovetailed nicely with the 6th annual Dakota Nights Astronomy Festival held in the park so we luxuriated in three nights at the Rough Rider Hotel. 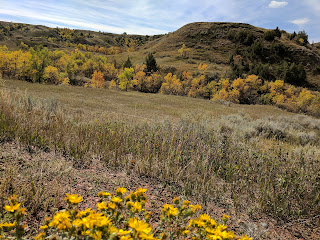 Western ND has been in the grips of a severe drought this year and most everyone was smiling at the sight of the downpour and the puddles here and there.

On Saturday, rather than joining the symposium tour bus through the park, we volunteered for the Friends of Theodore Roosevelt, selling rockets to (mostly) kids who were attending the Festival.  In spite of the cold rain, many families came to enjoy the activity and the intrepid park rangers helped the kids assemble twenty-three rockets, there under a tent at Chimney Park. 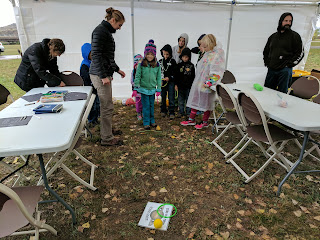 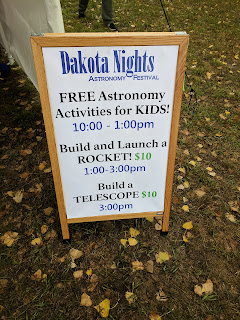 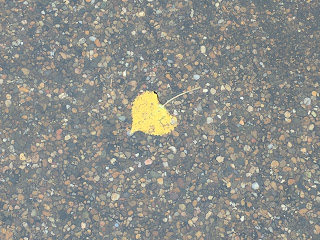 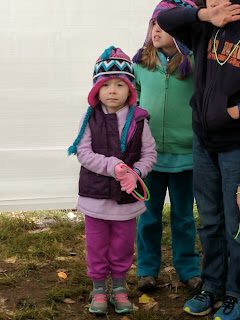 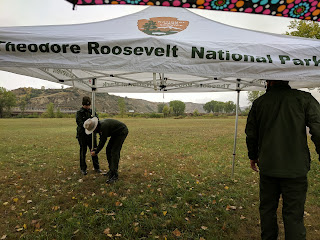 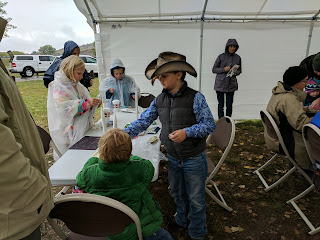 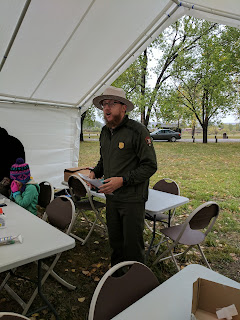 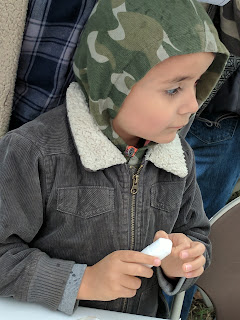 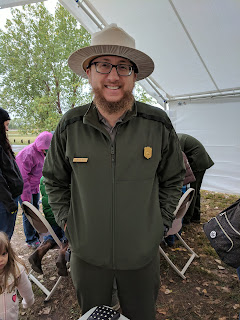 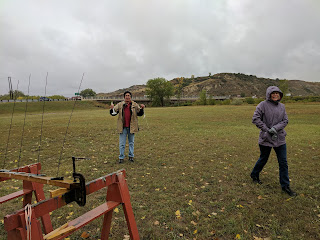 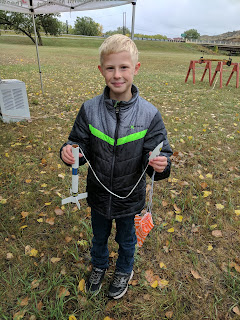 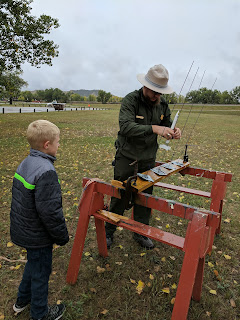 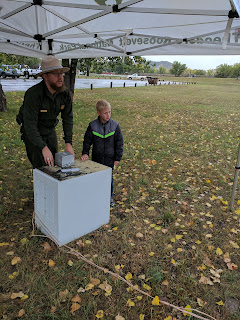 After supper, we walked over to the Visitor Center where the evening program on the Bats of North Dakota was being held due to the rain, and we learned from that ND has twelve known species of bats.  I had no idea! 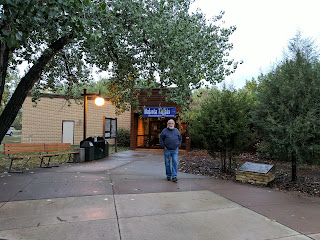 Some years ago, I worked at the Park as the museum technician.  Curious, I wandered into the museum to look at the current exhibits.  My duties included climbing into this case to clean the glass, which was not easy, but it is a good memory nevertheless. Later, as we walked around Medora, our conversation was filled with dreams of a future TR Presidential Library in western ND. 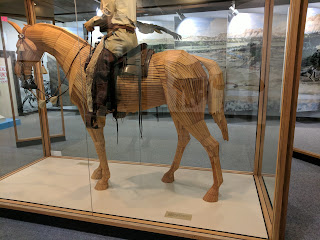 This morning, we were eager to drive through the park to see the autumn colors, as the ash trees have begun to turn and the day dawned blue sky again.  The gumbo buttes were shining and wet, and the shrubbery glistened. We were rewarded with a sighting of four bison, one porcupine, a mountain bluebird, and two coyotes. The coyotes were a special treat as they were not their usual skittish selves, and we watched them hunt very near to us, even seeing one do the "pounce" on prey.  Both were beautiful specimens, very healthy, with thick, glossy coats and puffy tails. 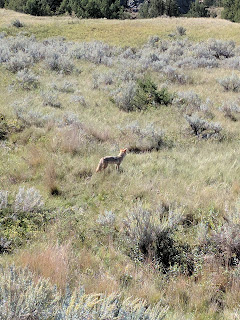 After a few more stops to take photographs of fall colors, it was time to drive home.  We were pleased to see how many people were in the Park enjoying the day.  Driving eastward, we observed many fall migrating hawks and were reinvigorated, once again, by our visit to a beloved landscape.  Thank you, National Park Service, and TR. 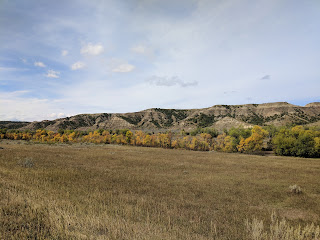 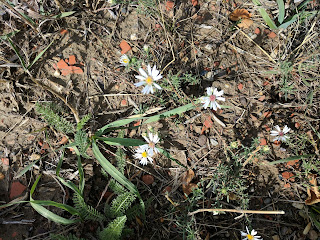 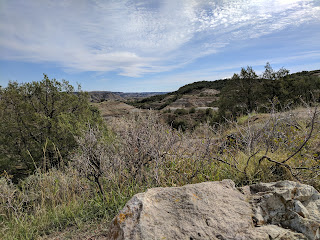 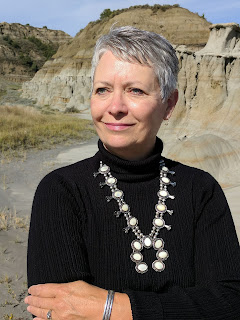 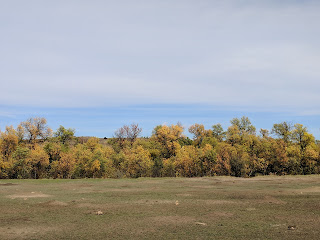 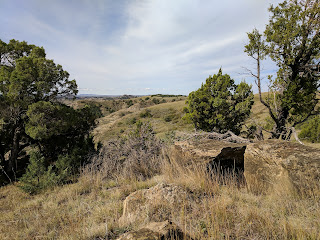 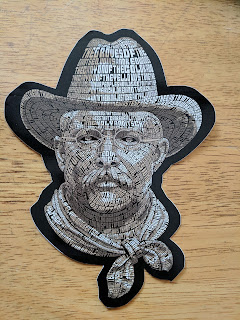 Posted by WildDakotaWoman TM at 3:33 PM