Deciding that my knees are sufficiently recovered to again ride my bicycle, I hit the trail today.  That is the trail along one of the most beautiful rivers in the world, the Missouri.  It was a gorgeous autumn day, 63 degrees, with a Zephyr breeze and blue sky. 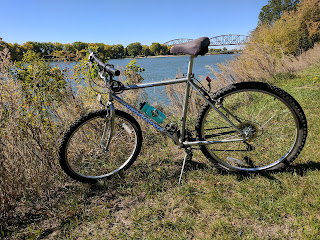 I loaded my bike into my car and headed for Steamboat Park. The cottonwoods have begun to turn lemony yellow and the fallen ash leaves crunched under my wheels.   Honking Canada geese passed by overhead. 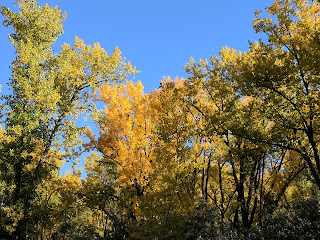 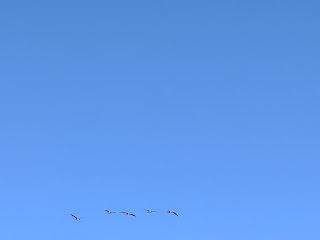 All along the river trail, there is a series of city parks, and wayside exhibits interpreting the history of the area, including keelboats and steamboats and bridges.  The trail was busy with walkers, skateboarders, other cyclists, dog walkers, and parents with children in strollers.  Someone was playing with their dog at the sandy beach. 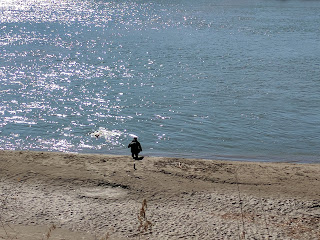 I was content with the knowledge that my husband was further downstream on that same river, fishing with his pals.

The sandbar willows have turned golden and the myriad colors of autumn filled my senses. 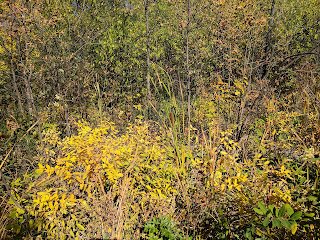 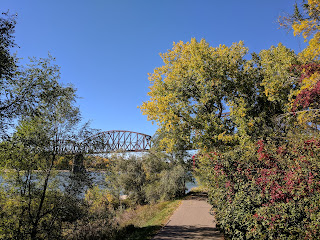 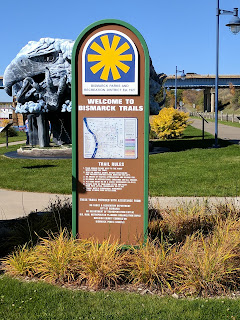 I passed by a sign for Papa's Pumpkin Patch, a place north of where I was that brings much delight to the area children, and the child-at-heart. 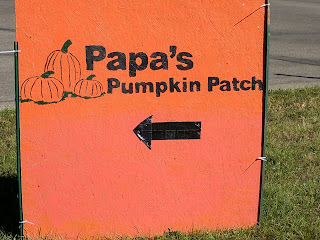 Then, I lingered at the area under the bridge where they've erected a statue and interpretative signs describing the historical Liberty Memorial Bridge, that opened in 1922.  The statue is a piece of the old bridge, demolished after the new one opened. 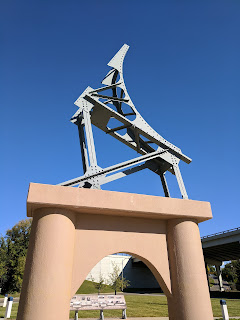 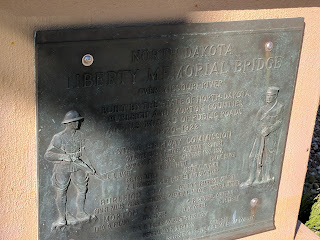 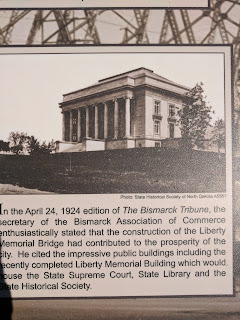 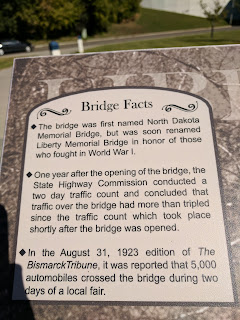 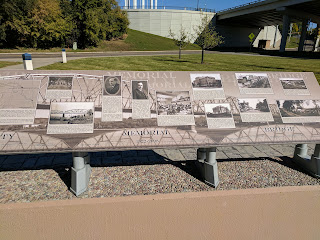 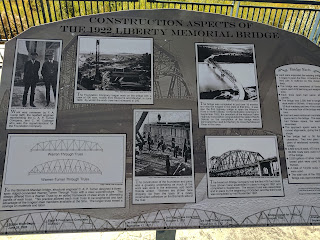 The day the old bridge was demolished, the roar of the explosion rumbled across town and could be heard and felt from our house.

What I contemplated as I rode along was my watershed address.  We live on the edge of Jackman Coulee which flows into the Missouri River.  While I recreated, my washing machine, using this river water, was washing my clothes.  The water bottle in the holder on the bike was filled with clean river water.

I also contemplated last year's "Water is Sacred" protests that took place here.  My prayer for the day is may the good Lord help us all to always remember what a gift the Missouri River is to us.


Posted by WildDakotaWoman TM at 2:59 PM