Thinking about typhoons and Okinawa

The typhoons we experienced when we were living on Okinawa in the mid-1960s are much on my mind these days, what with all of the terrible Atlantic hurricanes in the news.  I have some vivid childhood memories and my parents and siblings and I have talked about these, re-living those memories for decades. 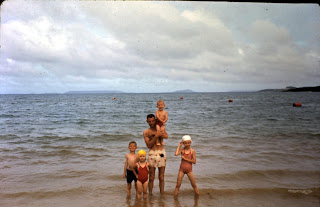 My most vivid memory is of the preparation leading up to the storms.  We had a big map of the island and the surrounding seas.  As the news of the approaching storm was announced, my parents would use a black grease pencil to mark the path.  Preparations also included closing the wooden storm shutters on the windows.  School was canceled for the worst of the storms.  I also have a very clear memory of the water coming in under the front door, although because we lived in a house made of concrete blocks, on a hill, one of the highest points on the island, we were not in danger of serious flooding.

On one occasion, my father had over-night duty at Kadena Air Force Base, so my mother allowed her four children to sleep in the king-sized bed with her that night, her way of comforting us.

My father took many 35mm photographs of our life on the island, but, for some reason he can't explain now, he took none of any storm damage.  I did find this website written by a former soldier whose time on Okinawa roughly coincided with ours, who details some of his typhoon memories.

Many years later, when my younger brother was stationed with the US Navy on Guam, that island experienced one of the worst typhoons in its history, and, believe you me, he and his family have some interesting memories from that experience.

My older brother remembers that one of the typhoons we experienced in Okinawa, the first one, was Typhoon Cathy. My mother has her own memories, including stocking up on groceries, cooking on our camp stove, saving water in all sorts of containers, and the sound like a blizzard without snow.   When the eye of the typhoon went over us, we would go outside to assess the damage, returning to the house to brace ourselves for the second act.  Mother says it was "eerie quiet when it was over."

"Remember, the storm is a good opportunity for the pine and the cypress to show their strength and flexibility." Ho Chi Minh 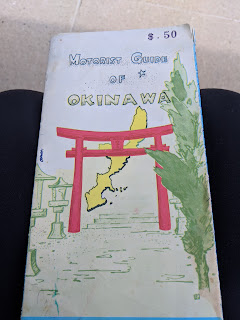 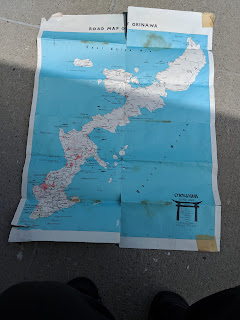 Posted by WildDakotaWoman TM at 9:56 AM