On Saturday, I began a nine-week meditation on non-violence.  Monday morning, the anniversary of the birth of Gandhi, a leader who taught the world so much about non-violence, but died by an assassin's bullet, I awake to the horrible news of the carnage in Las Vegas.  Although my grandparents saw great hardship in their long lives, I feel certain they did not awake to such horrific news on an alarmingly regular basis.  My heart is heavy. I grieve. 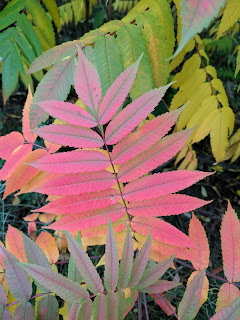 Sunday, I took a saunter in the autumn sunshine with my companion, our dog, Lizzie, down the trail near to our house in Jackman Coulee. 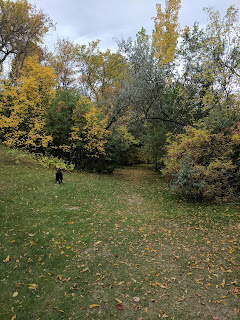 Everywhere I turned the fall foliage was lovely. My city is everywhere as beautiful as any in Vermont or New Hampshire.  One just need pause and look. 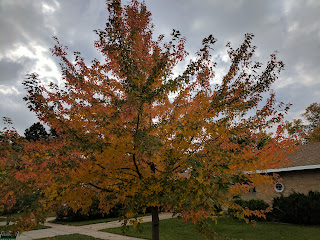 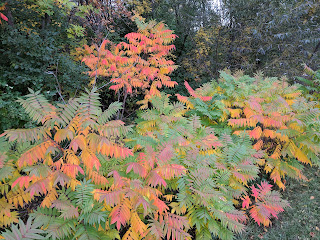 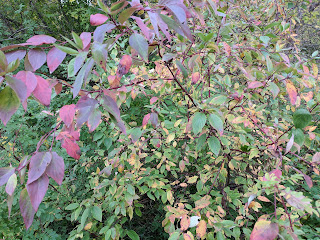 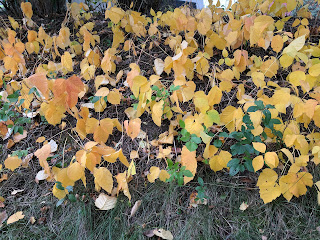 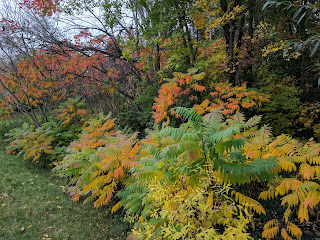 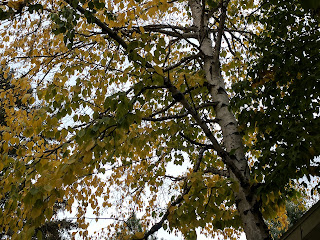 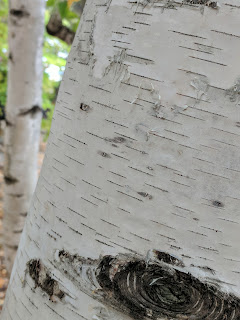 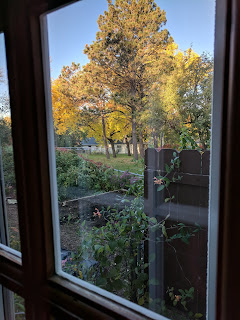 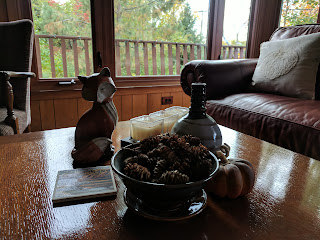 This chair belonged to my great-Aunt Marie who lived with us in El Paso, Texas when I was a child so that my mother could work outside the home.  She homeschooled my younger brother for his preschool years and taught all us children the Norwegian table grace, which she had learned from her parents, immigrants from Norway.  We can all say it to this day.  This was Marie's chair, purchased by my parents.  Later my mother reupholstered it and used it in her apartment. Eventually, I inherited it, when my mother was downsizing. 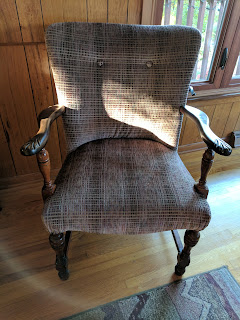 This photo is of my Mother and my Aunt Marie, who is sitting in her chair. Marie had been a schoolteacher in various country schools in western North and South Dakota and eastern Montana.  I used to watch her comb out her long hair each day and wind it into a bun. Of course, I remember her whenever I look at the chair. 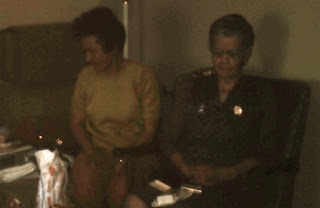 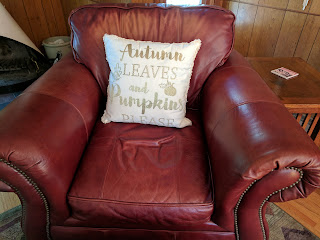 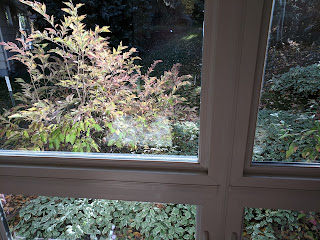 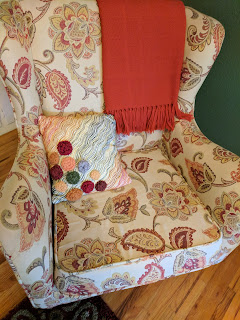 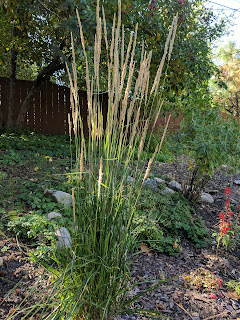 Later on Monday, I walked across the Memorial Bridge, breathing in fresh air and reveling in the view of the river. Yet again, the flags are at half-mast. 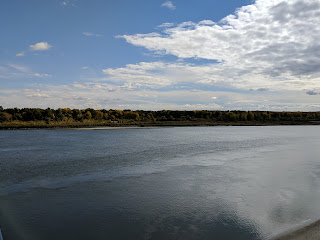 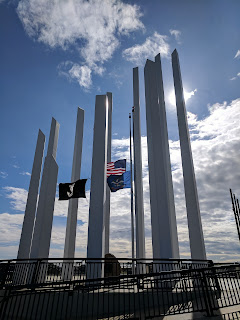 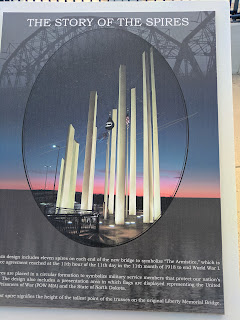 As I walk across the bridge, this song called "River" by Tish Hinojosa goes through my mind.

While I'm writing this, I could be listening to the endless array of news on the radio or the internet, but, instead, in the sunshine that bathes my office, I'm listening to Ravi Shankar's "Sounds of India."

When I am in silent meditation these days, I close my eyes and visualize the Missouri and Little Missouri rivers flowing quietly by the autumn cottonwoods covered with citron-colored leaves and my prayer for peace is ongoing.
Posted by WildDakotaWoman TM at 3:24 PM