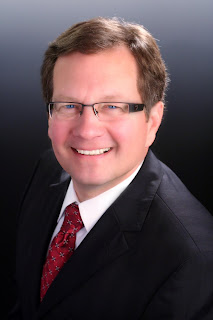 Jay Clemens: Another Level of Commitment and Vision

Jay Clemens owns a good deal of private ranchland within the viewshed of the Elkhorn Ranch Unit of Theodore Roosevelt National Park. He is committed to long term protection of his prime Badlands acreage, the Elkhorn Ranch, and in turn, the larger Little Missouri Scenic River valley.  A member of the Badlands Conservation Alliance, Clemens will share the story that led him to vigilant defense of this uniquely rich and historic landscape.  Having firsthand, on the ground experience with the impacts and negotiations of industrial development since the coming of the Bakken, Clemens is both pragmatist and visionary.

Clemens grew up in Mandan, ND.  He holds a Juris Doctor from Harvard Law School and was instrumental in building the in-house legal function at eBay.  Having recently retired as Senior Vice President at Lenora Group, Jay continues to devote a great deal of his time to service, including board positions for the Theodore Roosevelt Presidential Library Foundation located in Dickinson and the National Trust for Historic Preservation.

Tweed Roosevelt, the great-grandson of 26th President Theodore Roosevelt, was earlier scheduled to speak at BCA’s annual meeting but will be unable to make his traditional fall hunting trip to North Dakota.

The BCA 2017 Annual Meeting will be held on Sunday, October 22nd at 5 pm CT at the Unitarian Universalist Church (818 Divide AVE) in Bismarck. We will open with our traditional potluck; always a time for great conversation among friends, new and old.  Board elections and a brief business meeting will follow.

Posted by WildDakotaWoman TM at 11:26 AM