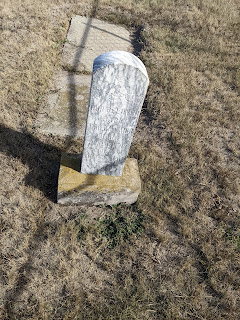 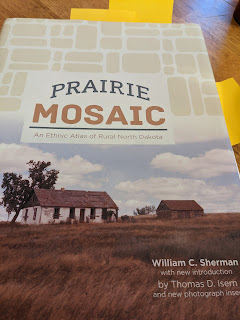 "A number of Jewish individuals, at least fifteen, filed on homestead lands about ten miles north of Flasher between 1902 and 1906. Assisted by a Jewish 'back to the land' organization, these early settlers located in DeVault Township in Morton County....Within two decades, it seems almost every family had left the area, although one individual farmed there until his death in the 1940s." Sherman Prairie Mosaic, 2nd ed, pg. 19.

"The southcentral German-Russian counties into two distinct religious communities. Mcintosh County is almost entirely Protestant. The Catholic group begins with the Emmons Count line and extends westward. Protestant Germans live in the eastern two-thirds of Logan County......In the multiplicity of the Protestant world, no such mother churches were present. Rather, a great number of itinerant ministers set up independent churches as they moved across the wide prairies. There seemed to be little coordination or design in their efforts." Sherman Prairie Mosiac pgs. 50-51

"In June of 1882 an initial eleven Jewish families arrived by steamboat at the mouth of the Painted Woods Creek in Burleigh County (now McLean County). This was the start of North Dakota's first and most ill-fated Jewish settlement. The early settlers' trip to Dakota and up the Missouri from Bismarck was accomplished with the help of Jewish aid societies and prominent Jewish individuals. The newcomers, mainly from Russia, homesteaded and took tree claims on land a few miles south of Washburn (T 143-R 81). They established a small village (a cluster of cabins and dugouts) on Section 16 which was land designated for school purposes. Neighbors began to protest their presence on the school section, and legal battles began. Rabbi Judah Wechsler of St. Paul seems to have been a leading figure in the colony history. Through his strenuous efforts a series of subsidies came to the group, and the land-settlement dispute was resolved. Colonists continued to arrive, some purchasing railroad acreage in the odd-numbered sections, and the community eventually contained over fifty families.

Crop failure and prairie fires came in 199t; and, in spie of the best efforts of Rabbi Wechsler and various benevolent groups, the settlement seemed to be doomed. By 1901 only three families remained. A cemetery, with stones marked in Hebraie letters, stood for many years as a testimony to the Jewish pioneers' presence. Now, apparently, the graves are unrecognizable. An Anglo-Jewish name stands as a solitary reminder of the colony's past: Montefiore Township (on older maps) and Montefiore School District.

Some ten or fifteen years after the demise of the Painted Woods settlement in McLean County, another homestead community came into existence fifteen miles farther east in Andrews (now Canfield), Rock Hill, and Richmond (T 143-R 76) townships. In 1902 or 1902 the first Jewish settlers came to that region and settled on a scattered series of farms among great numbers of gentile land seekers. No compact colony formed, but the series of farmsteads made up a community of Jews who had their own special religious and social interrelationships. For the most part the Jews came from Russia or Hungary. Very few, if any, spent time in Eastern cities; most came almost directly by rail from immigration ports to North Dakota.

This second group of Burleigh County Jewish farmers has also lef the area, but a cemetery does remain. It is located on Section 30 of Canfield Township, three miles northeast of Regan. The cemetery, whose first tombstone is dated 1903, was not in the center of the Jewish settlement area, but must have been established as an early need required. It then became a community burial area.

Whether a synagogue was ever established at Wing is not known. A local newspaper reported that one hundred Jewish people gathered at a farm home for Yom Kippur in 1916, and plans for erecting a synagogue were discussed at that occasion. Rabbi J. Hess, a 'traveling' sort of clergyman who resided in McIntosh County, often visited the families in the Wing area. At times he would stay for several weeks, instructing the young people in 'the Hebrew language and the Jewish faith.'

Like their counterparts in Jewish settlements elsewhere in the state, the homesteaders around Wing and Regan generally found the Dakota prairies an unsatisfactory environment. Conditions, however, in the first two decades of the twentieth century were more gentle than those which faced the earlier Painted Woods people. The Wing farmers showed no signs of desperation. Contact with the 'outside world' was relatively easy; railroads and good communication systems were fairly well developed. The amenities of civilization were already present.

The number of Jews present, at one time or another, must have been quite large; over seventy are known to have filed on land. An early Canfield Township resident from Illinois said there were two obstacles she could not overcome when she tried to start a Sunday School: 'the Norwegian language and Judais. It seems in that area you were either Norwegian or Jewish.'

It turned out that many, if not most, Jews stays for only five years or until their land was 'proved up.' After acquiring knowledge of English and the American way of life, they went elsewhere and generally became quite successful. Even tough they are gone, their cemetery is kept in good repair by a gentile farmer.

A third Jewish homestead community, perhaps the largest in the state, was founded near Ashely in McIntosh County in 1903. Individual Jewish farmers are said to have settled north of that town as early as 1900. Jews from Russia predominated, but land seekers from Minneapolis and New York were among the early residents. In 1911 some sixty families are reported to have been present in the Ashley-Wishek region.

The term 'colony,' applied to this group, can be misleading, for the settlement consisted of homesteaders and farmers scattered over four different McIntosh townships. They were, for example, in the township adjacent to the Ashley village, namely, Ashely (T 130-R 69) and Hoskins (T 130-R 70). They were also in the two townships immediately to the north of that town. The major influx came from 1903 to 1908; during these years almost 100 Jewish individuals, men and women, applied for land ownership. In this they seem to have been at a disadvantage, for their German-Russian neighbors had come earlier, some arriving in 1888. The settlers left the land rapidly; on the 1912 land maps, fewer than a dozen farm owners had identifiable Jewish names. By that time, however, Ashley and Wishek must have had a considerable number of Jewish townspeople, for a rabbi was active in the area (part-time and often full-time) for at least two decades.

Jewish settlers worshipped in their farm and town homes during their first few years of McIntosh County life. In 1913 Rabbi J. Hess was in residence in Ashley; he served both the Ashley and Wing (Burleigh County) communities. By 1917, synagogues existed in both Ashely and Wishek. Rabbi Ostrowsky was active in Ashley in 1918. The congregations were never large; Wishek had 'twelve to fourteen' adult members in 1917. But the groups were big enough to celebrate the major religious holidays and to have adult and young people's associations.

Although most Jewish homesteaders left the land and the area rather quickly, some rare individuals stayed and flourished. In 1926 one gentleman owned twelve farms in North Dakota and Canada. This phenomenon occurred elsewhere in the state. An occasional Jewish homesteader would move to town, retain his land holdings, and become a successful real-estate agent and farm owner.

The two McIntosh County synagogues have long since disappeared, and their congregations have been dissolved. The ruins, however, of an impressive eighty-year-old stone Jewish farm house and a well-kept cemetery, filled with Hebrew inscriptions, still stand a few miles north of Ashley." Sherman, Prairie Mosaic, 2nd ed., pgs. 53-54. 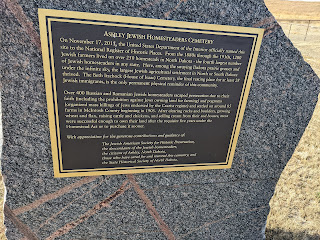 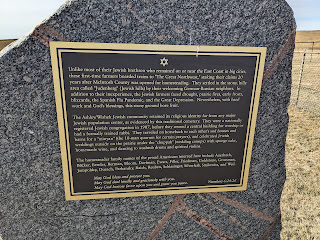 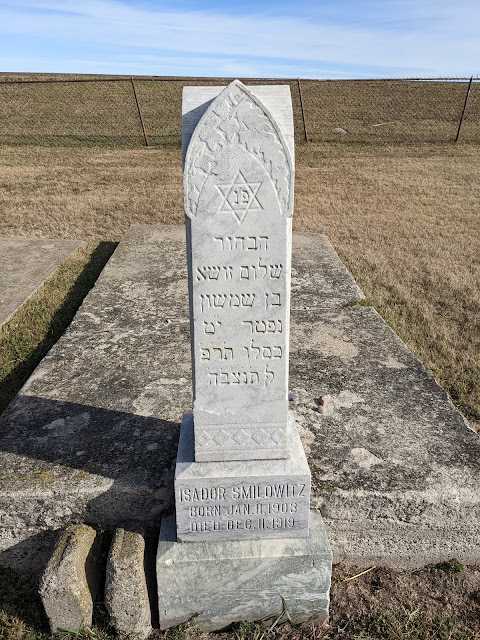 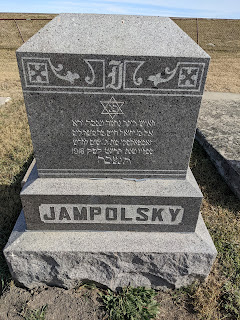 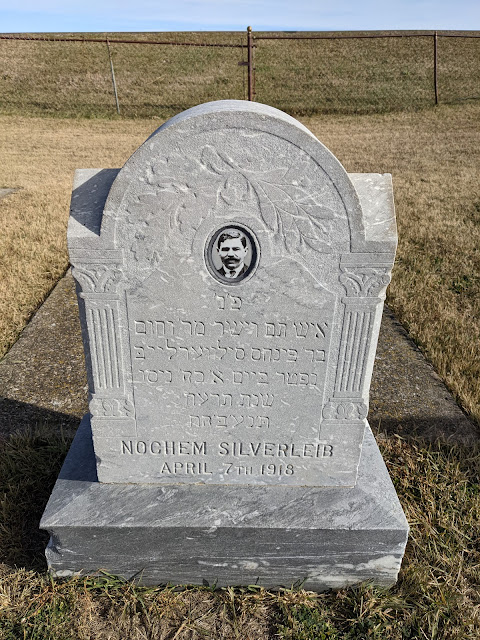 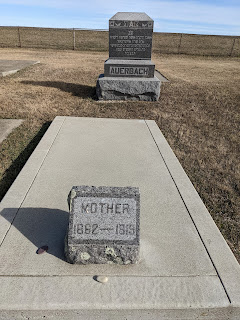 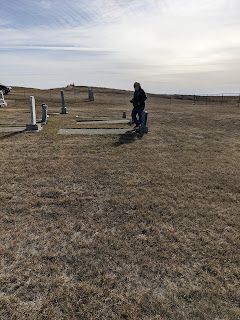 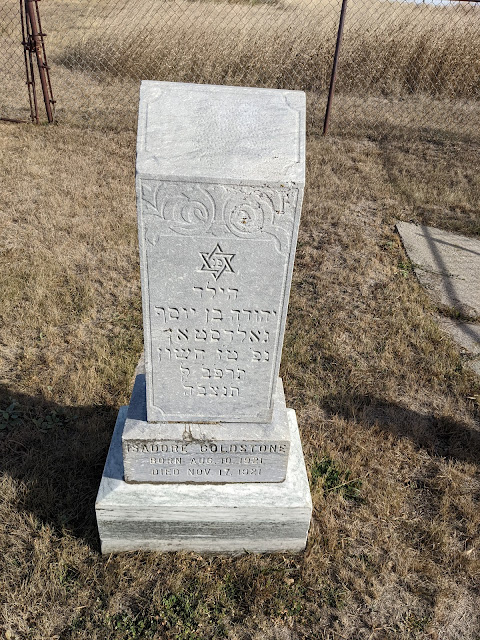 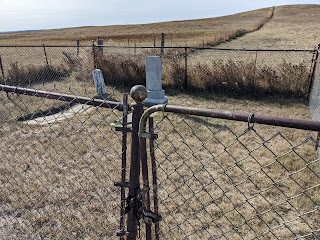 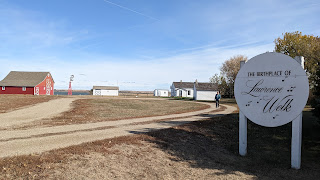 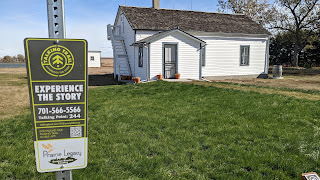 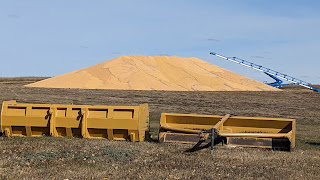 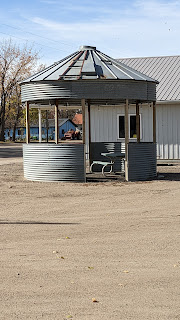 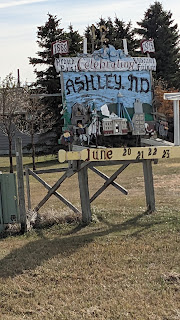 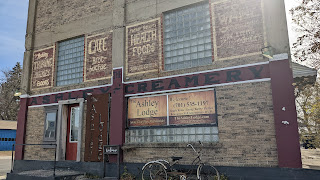 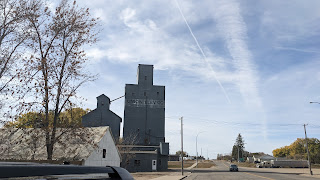 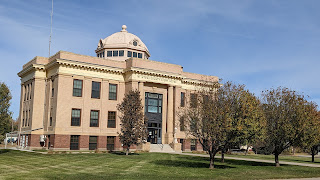 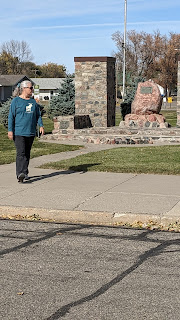 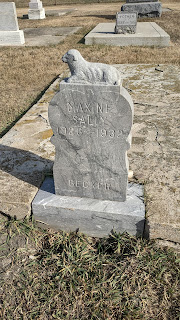 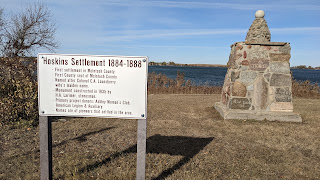 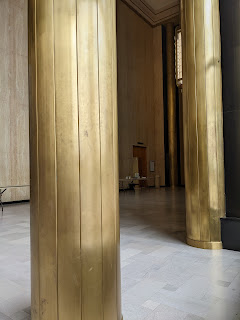 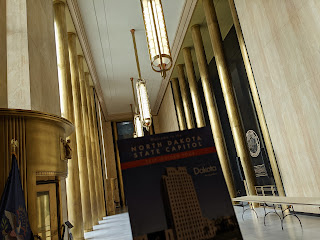 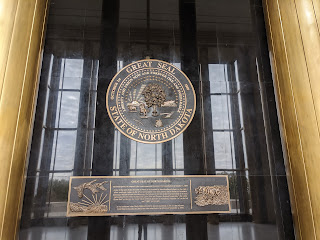 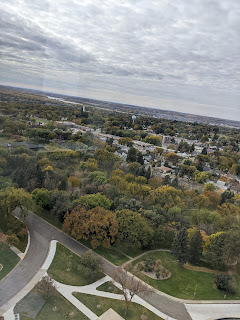 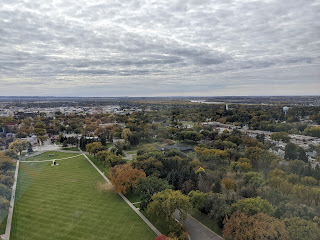 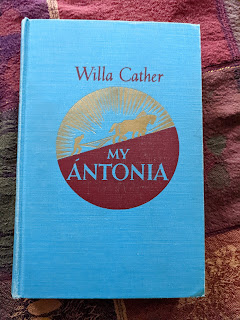