I played basketball in high school. Mostly I warmed the bench. Once I "made" a basket for the opposing team, Hettinger. At the time, I wondered why lots of people were cheering. Late in his life, my father, in a conversation with me, ruefully admitted, "yeah, my kids were never great athletes." My mother played basketball too, back in the day, in rural ND. 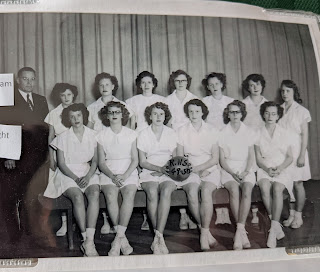 My father and some of his sisters played basketball in Mississippi. 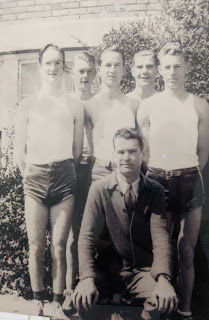 I'm not the best swimmer, but I can dog-paddle. I learned to swim when I lived in Okinawa. When we lived in El Paso, we liked to go to the pool. Later we went swimming in Deep Creek. I passed swimming class when I was an undergrad. It was a requirement to graduate.

I love strawberries and blueberries.

I like squash and Brussels sprouts and almost every vegetable.

I hate hot dogs and sauerkraut (hell, I can barely spell sauerkraut).

I like the Olympics. I really like figure and speed skating. I used to ice skate. I wasn't bad at it at all. But never Olympic-level good. Just skating-on-a-frozen-ND-pond-or-river okay. I could go backward on my skates. No, I did not play hockey.

I used to say I like to cook, but not so much anymore. As my wise Mother would say, "Play dumb."

I used to be able to play the piano and the flute.

I was a librarian.

I am an English major.

I once passed algebra I and II. Who cares?

There are too many "I"s in this essay.

Posted by WildDakotaWoman TM at 7:23 PM