I am now going to write about one of the most painful chapters of my long life.

I am going to remember David.  David Ohm.  Dead these forty years now. I can hardly believe that when I write it.  And write this story I shall, as I cannot keep it buried within any longer.  The pain goes on, as does the healing. Together, we who knew and loved him mourned and, together, we share very vivid memories of him and, thank goodness, enduring friendships. 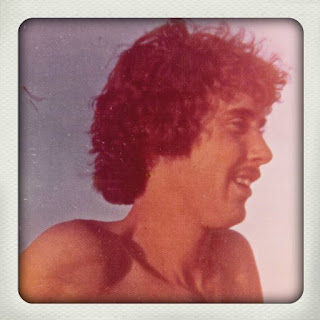 I grew up with David.  We, the children of Slope and Bowman counties.

He first flickered into my consciousness when I was at the neighbor's branding, Johnny & Corinne Getz's, there on Deep Creek in Slope County, North Dakota.  He was a close friend of my (later) brother-in-law, Craig McLaughlin.  I was at the branding, doing whatever it was assigned to me, no doubt, helping with the cooking and the myriad chores of the day, and getting in on the branding fun outdoors as soon as I could manage it.

After that, the next we crossed paths that I recall clearly was when I was at his sister's dance party, at their home in Bowman, ND, just next door to my Grandpa Andy's house.  Rod Stewart's "Maggie May" was coming out of the record player.  He was tres cool, doing his older brother stuff with his buddies.  Over the years, we saw each other on a regular basis, as it was, after all, rural North Dakota, and he was Craig's best friend.  Craig and David had many hijinks together over the years, and they kept their parents hopping.

In the winter I was seventeen, my sister and his aforementioned pal, Craig McLaughlin, were married, and we all celebrated the marriage at the McLaughlin home in Bowman after the wedding at the Rhame Lutheran Church.  David and I were in the wedding party.  He was a student at Jamestown College.


One night, the following summer, when I was eighteen, at the Ludlow, SD bar with my pals, our paths crossed again, and there was a strong spark between us. We went home from that bar together, and were, from that point onward, nearly inseparable.  We were young.  We worked our respective summer jobs, me at Malcolm Stewart's dental practice and he at the Bowman Golf Course, and then we were otherwise together, talking books and music and life. We knew each other well, and we shared a love of many things, including the Bad Lands. Another connection between us was that his parents had lived in Okinawa, as had my family, although not at the same time.

Later that summer we drove to Jamestown (where he'd been a college student the previous two years) in his parents' station wagon to pick up the stuff from his apartment.  While he loaded his stuff, I sat in a wicker chair and read his issues of Rolling Stone magazine.

Then, one night in late July, after we'd been to a wedding party south of Rhame, he took me home to my family farm, and I never saw him again.  Driving home to Bowman from our farm, on the Farm to Market road, he fell asleep, rolled his car, and was killed instantly.  At the moment he died, he was listening to the Ozark Mountain Daredevils on his Porsche car stereo.

With overpowering sorrow, we buried him.  He was so very much loved, by his parents, by his siblings, by his friends. We were all expected to go on with life, but none of us were the same thereafter.  His friends came from far and wide.  His family's hearts were broken.  His family was much loved in the southwest ND region and many came to show their support.

We all picked up and went on with our lives. What choice did we have?

His younger brother is, to this day, one of my best friends and an exceptional man is he, one of whom I'm very proud.

When David died, he was reading the book Simple Justice by Richard Kluger.  His mother has that book. On his turntable was the album by Jimmy Buffett "Changes in Latitudes, Changes in Attitudes".  Nearby was Jackson Browne's "The Pretender". 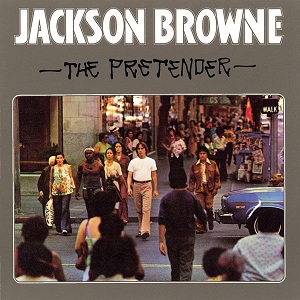 These record albums were what his family and I listened to over and over in the months as we grieved, struggling to grapple with what had happened.

We all soldiered on.  A powerful bond was forged between us, and we were forevermore changed.  This is a photo of me taken by Paul in that time period, in the Ohm kitchen in Bowman.

We miss you still, so very much, all these forty years later.  I remember exactly the last thing he said to me, and his family knows what he said, but I'm not writing it here.

These days I shift through emails with confirmation of hotel reservations, and other such banal topics.  What kind of world is this?

It is the world of the living.

What would he have done with his life we all wonder? What would his children have been like?  What would he be doing with gadgets like Facebook and Twitter?  We all have our thoughts.  Personally, I think there is a strong possibility he would have become a lawyer and, perhaps, even become governor. I'm certain he would have rocked his world.

Jackson Browne "For a Dancer"

The following photos and mementos are courtesy of Paul Ohm.

Here is a song written and performed by Rick Watson that includes David. 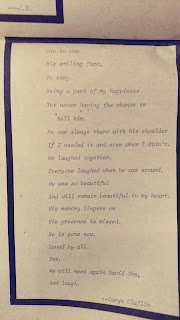 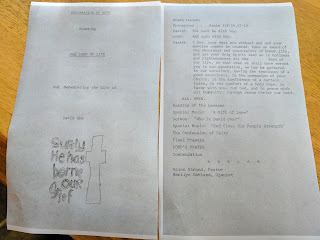 In the days and weeks following his death, we shifted through all of the cards and letters people sent and selected these words for his headstone.

"Death removes but the touch
And not the awareness of all good.
And he who has lived one spring or more possesses the spiritual life
of one who has lived a score of springs." Kahlil Gibran 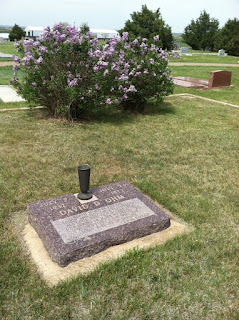 Posted by WildDakotaWoman TM at 6:48 PM