When I am not out exploring trails in my car or with my feet, I do quite a bit of thinking about trails, particularly the old trails of Dakota Territory.

As one can see from the graphic above, in the main, the earliest trails followed the rivers.

Last winter, I spent quite a bit of time off the trail, looking through materials in the archives at the State Historical Society of North Dakota Library, including many fascinating original maps. The story of the exploration of what later became Dakota Territory began in the years after the War of 1812 when Secretary of State James Monroe proposed the erection of posts in the northern and western frontier regions, reaching into areas heretofore inhabited by Native Americans and French, British, and American traders. One of the best articles on this topic is "A Still Larger View of the So-Called Yellowstone Expedition" in the North Dakota Historical Quarterly, pages 219-238. "Thus it is evident that the term Yellowstone Expedition was used in a broad, loose sense to include the whole military expansion into the Northwest." (NDHQ, pg. 221)

The article "Journal of the Atkinson-O'Fallon Expedition", edited by Russell Reid and Clell G. Gannon in v. 74, no.3-4 of the North Dakota Historical Quarterly, describes the military expedition that ascended the Missouri River to the mouth of the Yellowstone River in 1825. "Perhaps the best account of this expedition is found in a journal, the original of which is in the collection of the Missouri Historical Society located in St. Louis." (Reid & Gannon, pg.5) Readers interested in learning more about this expedition can purchase the book Wheel Boats on the Missouri from the Montana Historical Society Press.


On June 24th, 1862, General Sibley entered Dakota Territory at the lower end of Big Stone Lake (in what is now Minnesota) and "on July 2 he entered what is now North Dakota,...[and] camped on July 4 on the north bank of the Sheyenne River about ten miles below the present City of Lisbon" (History of North Dakota, Lewis Crawford, American Historical Society, 1931, V. I, pg. 237). Skirmishes with the Indians took place as the troops made their way west. "The Indians had pushed on toward the Missouri and struck it at a point about five miles below Bismarck....On July 29 Sibley reached this point and established his campsite outside the timber on the second river bench some two hundred yards west of Apple Creek on the W.B. Falconer farm." (Crawford, pg.239). Something that caught my eye in this account was the appearance of my distant relative: "During their first day at this camp Lieut. Fred J. Beaver, Sibley's aide, was intrusted [sic] with messages to be delivered to Colonel [George] Crook who had been sent into the river bottoms to reconnoiter." (Crawford, pg. 239)

In 1863, both Generals Sibley and Sully marched with their troops to Dakota Territory. The Northern Pacific Railway Act of 1864 chartered a transcontinental railroad that would transform Dakota Territory. Later, in 1871, Rosser passed through Dakota Territory, as described in my earlier blog about the Yellowstone survey expeditions laying out some of the earliest trails for future explorers.  In 1872 and 1873, the Stanley Expeditions passed through the Territory, for the purpose of protecting surveying parties for the railroad. 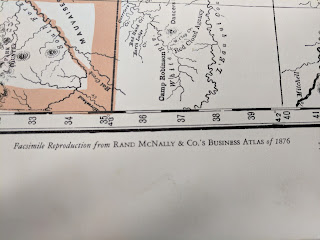 The next map that caught my attention while at the SHSND archives was of "Dakota Territory" prepared by the order of Brig. General Alfred Terry, commanding the U.S. Army, and published in 1881. This I spread out across the entire table and thus lost myself in the time so long ago. 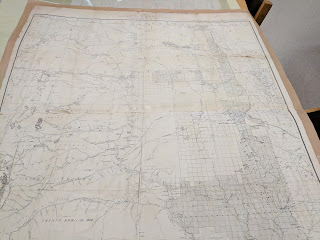 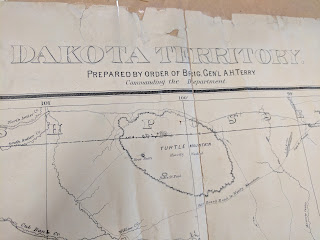 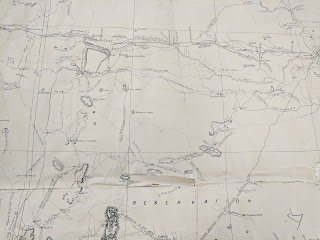 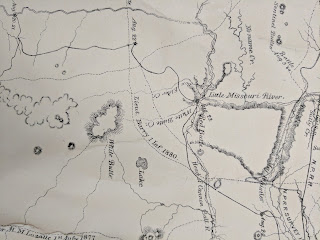 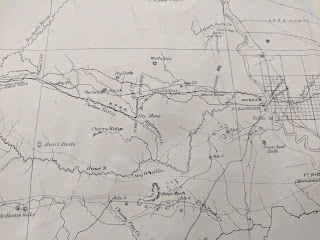 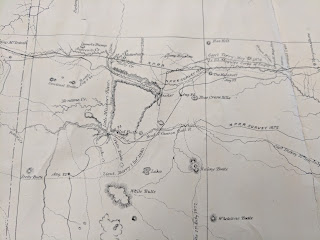 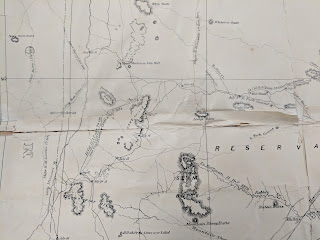 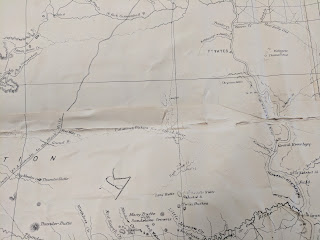 The next map that I studied is this 1884 Rand McNally Map which shows the railroad route through what became North Dakota. 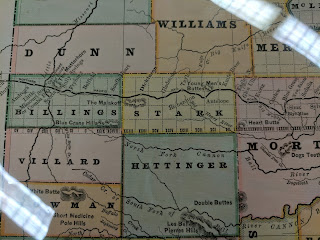 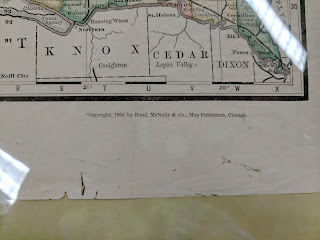 A rich resource for anyone interested in the history of this area is Digital Horizons: Life on the Northern Plains. Here I found a Railroad and County Map of Dakota & Manitoba (1884?). 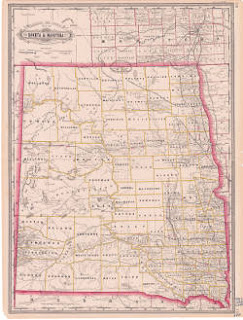 Fair warning, if you visit Digital Horizons, be prepared to spend many hours exploring this archive of scores of photographs and documents that tell the fascinating story of North Dakota. Kudos to all who are involved in this project.

The last historical document that caught my eye which mentions "Yellowstone trails" is this page from Mark Kellogg's diary. 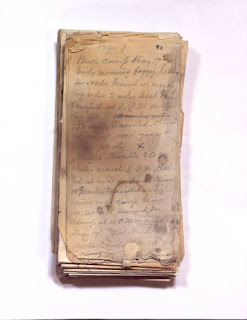 Anyone who visits Red Oak House will see how prominently maps feature in our lives, with a huge North Dakota map on Jim's office wall, a full drawer of maps in the filing cabinet, and historic maps we've framed to feature in our library. 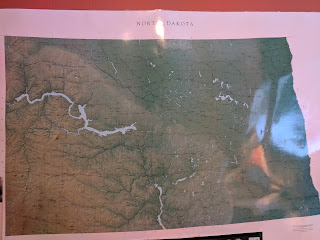 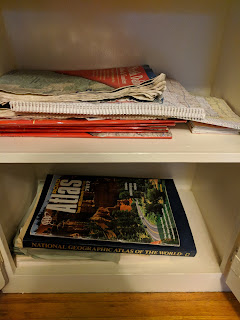 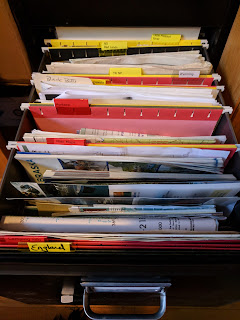 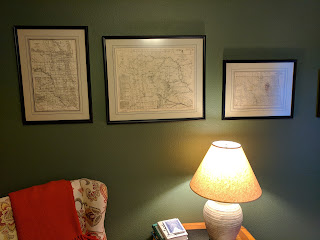 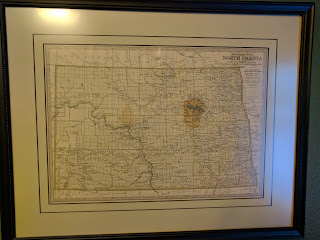 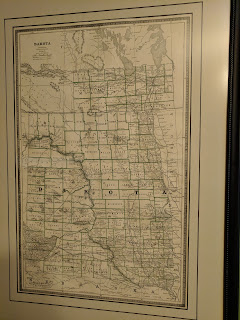 Posted by WildDakotaWoman TM at 2:38 PM