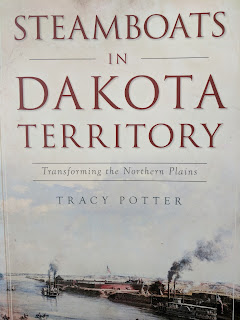 I can think of no one more qualified to enlighten readers on the history of steamboats in Dakota land than Tracy Potter, of Bismarck, the author of the book Sheheke: Mandan Indian Diplomat.  Potter is deeply read in history and his work leading the Fort Abraham Lincoln Foundation steeped him in the background for this volume.
He sets the scene in his introduction and the initial chapters, describing the world of the Native Peoples as well as early explorers and trappers, who used the Missouri River for their travels.   Then, the steamboats began to arrive: “Steamboats’ speed and power transformed a region and forever affected relations between the United State and the several Indian nations of Dakota….Steamboats provided a distinct and overt technological advantage to the American. They carried large loads—of trade goods, men, guns and cannon. They were impressive, useful and an object of considerable skepticism among the Indians.”

Prior to reading this book, I knew only the most rudimentary facts about this colorful chapter of history and its impact on the development of the area.   Potter’s extensive research and the book’s bibliography are appreciated.
Potter tells the tales of Kenneth McKenzie and Grant Marsh, and of steamboats Yellow Stone, Spread Eagle, and the famous Far West, the steamboat forever linked to the Battle of the Little Bighorn. He also highlights the steamboats of the Red River and Devils Lake and describes the deeply sad story of the steamboats role in the spread of smallpox.

The photographs that illustrate this volume help the reader imagine a time period when the banks of the Missouri at Bismarck and Pierre were bustling with steamboats, their crew and passengers, and the economic activity they drove.  “For the non-Indians involved with steamboats, they provided relatively rapid and generally safe transportation, commerce and communication. Steamboats stimulated the growth of cities, and as settlements increased in number and size, the boats stitched the region together….For the twenty-first-century reader, most of all what steamboats provided were stories.”

The book is available at the Fort Lincoln Commissary, Barnes & Noble, and Amazon.

Pick up this book, sit back, and enjoy the stories. 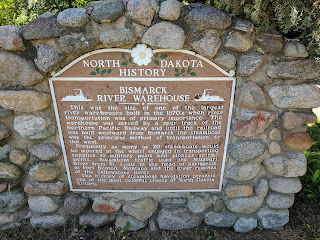 This book review was published in The Bismarck Tribune, August 30, 2017

Other photographs are from Steamboat Park, Bismarck, ND 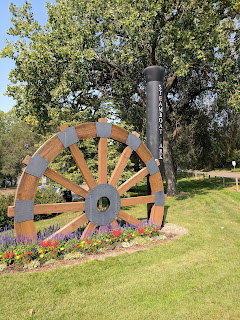 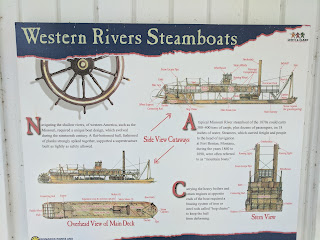 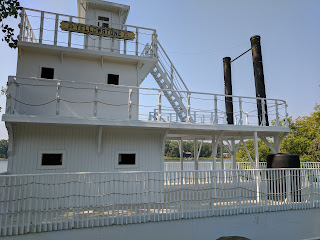 Posted by WildDakotaWoman TM at 7:32 AM