My daughter and I had a Theodore Roosevelt National Park getaway yesterday. She hadn't been out there since Labor Day and she described the day as "rejuvenating." 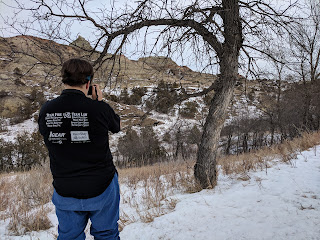 She loves the Bad Lands as much as I, and she is particularly in love with the wild horses who inhabit the South Unit of TRNP. She is a photographer and a member of the group North Dakota Badlands Horse. This non-profit organization publishes an annual guide to the horses and my daughter, Chelsea Sorenson, has had her photographs featured in the 2017 and 2018 guides. 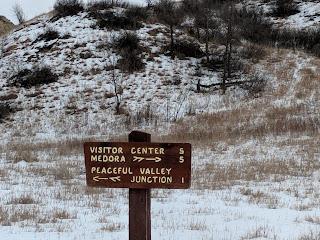 Yesterday was a very monochromatic day in the park, with overcast skies, but not a breath of wind. There were very few other visitors and the entire loop road was open, something very unusual this winter as it has been closed most previous winters. In addition to seeing fifty horses, we spotted a few bison and some activity in the prairie dog towns. We also saw several hawks, six wild turkeys, lots of magpies, and two golden eagles perched on a clay butte. A bald eagle flyby was the day's finale.

The highlight of the day was that she got to see a stallion she'd never seen before, which is pretty remarkable considering all of the hours she's spent at the Park. 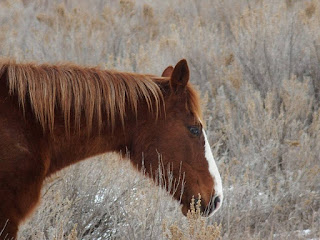 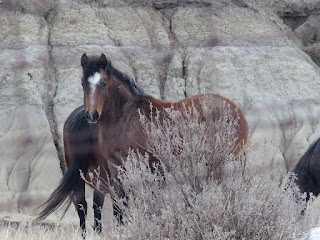 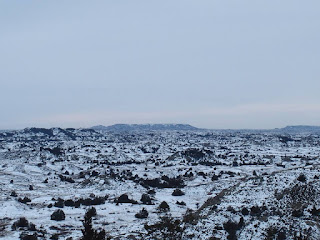 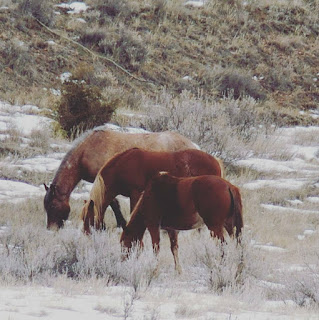 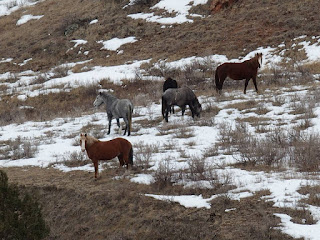 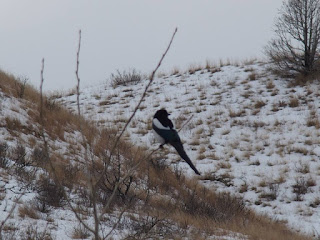 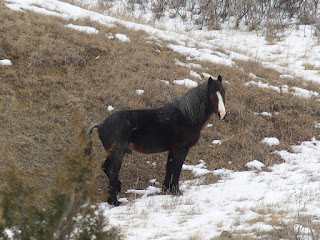 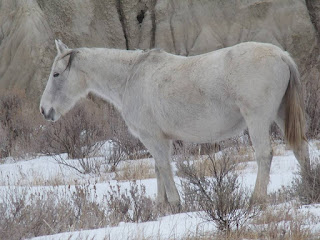 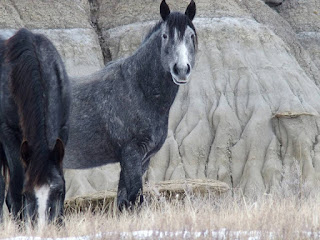 Posted by WildDakotaWoman TM at 8:39 AM