"Once upon a time, when women were birds, there was a simple understanding that to sing at dawn and to sing at dusk was to heal the world through joy. The birds still remember what we have forgotten, that the world was meant to be celebrated." Terry Tempest Williams When Women Were Birds 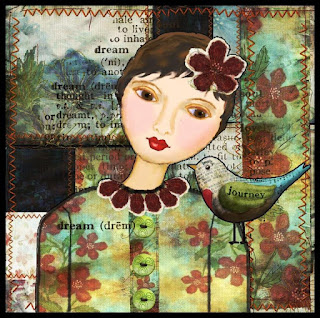 I'm a birder and it is time for me to write about this.

I've been birding almost forty years now. Much of birding is about just getting out there, about being where the birds are. I started in 1980 with the Golden Field Guide from St. Martin's Press, a gift from a co-worker who wanted to encourage me in this hobby. I'm proud to say that in the years I've been birding I have inspired others to take up the hobby.  Sharing the hobby with others is a great deal of the fun.

Upon each new sighting, I made a checkmark next to the picture and a notation about the date and location, and I'm very glad that I did this. Don't be afraid to mar your field guide. Go ahead and baptize it with the coffee that fuels those early morning forays. 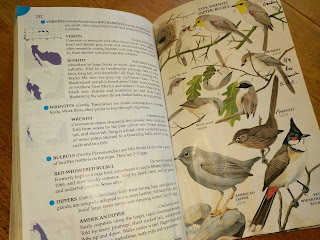 Indulge yourself with multiple field guides, each with its own strengths.  I absolutely love the guides by David Sibley and am the proud owner of a signed copy of the second edition of his Sibley Guide to Birds.

Eventually, as is true of so many birders, I reached a plateau in my sightings and mostly add to my listing by traveling to new areas.  When I really committed to learning the bird's songs and calls, I found myself in an entirely better level of birding.

Decades ago, I started with the Peterson's audiocassettes, and, once CDs were invented, I graduated to that format, and it became a whole lot easier to jump to the desired species. Now I use the Audubon Birds Pro app on my Google pixel phone, which has a number of terrific features, one of which is the "Voice" tab.

When my twin daughters were wee tots, I taught them to recognize bird calls. One day, my daughter Chelsea was playing in the driveway when the UPS deliveryman came walking up. She looked at him and said, "That song you are hearing is a mourning dove." He stopped dead in his tracks at this pronouncement, stunned that a toddler would know such things.

My friends marvel because I have a very keen sense of hearing and I put this to good use in my birding life. Now, as I go about my day, working in my house or yard, I often simply listen and don't stop what I'm doing to find my binoculars or the bird. I can picture in my mind the bird I'm hearing.  For fun though, I'll share a 14 second video I made today of one of the house wren foursomes that I'm observing chattering about in my backyard, in which he sings multiple times. If this does not give you joy, I don't know what will.


This knowledge of bird sounds is essential when one is participating in the North American Breeding Bird Surveys, which I've done numerous times, particularly since it begins in the pre-dawn darkness.

Once, when visiting Big Bend National Park with my friend, Valerie Naylor, who had worked for the NPS for many years, she and I were birding together, something we both enjoy. Late in the day when we were squeezing in just a little more birding before sunset, we hiked the trail behind the cottages located in the Chisos Mountains, and I heard a bird that was unknown to me. Valerie was some ways up the trail ahead of me so she didn't hear it. Earlier that week we had birded with her friend, Mark Flippo, a crack birding guide who lives in the area (Birding Big Bend). As we continued on the trail, over and over I kept repeating to myself the bird's call so I would remember it for later investigation. When we got to the Chisos Mountain Lodge, where we were dining, she called Flippo, left him a voice mail in which I imitated the call I'd heard. Later that evening he called her back and told her I'd done a perfect imitation of the Black-Crested subspecies of the Tufted Titmouse. I counted that as a first "sighting"! Some birders don't think that hearing and not seeing the bird counts as a "sighting" and I can see their point, nonetheless, I don't agree.

This recent New York Times piece by the writer Helen McDonald well captures how observing birds and animals in the wild heals me, as it has healed her: What Animals Taught Me About Being Human.  If you haven't read her excellent book H is for Hawk, I highly recommend it.

Listen and learn, and thus reveal a new depth of the wonders of the bird world.  You'll not regret it.
Posted by WildDakotaWoman TM at 1:40 PM